From a theatre company, staging plays and creative projects in schools across the capital, to sector-leading, Alternative School: our journey since we began in 1999 has been eventful.

Our founder Phil Richards and his partner Neil Powney (pictured above) first formed The Complete Works as a Theatre in Education company, performing plays and workshops in schools throughout London. At the time, Phil led a small team of actors and creatives who were passionate about engaging young people in the performing arts. What became clear in these early years, was the power of creativity to inspire young people, who were otherwise disillusioned by education.

One day, Phil answered a newspaper advert, seeking someone to teach a young person to read. This was a teenager who had never enjoyed or engaged with education and had left behind a long succession of unsuccessful teachers, who had branded him “unteachable”. Phil drew on his years in the creative industries to take a fresh approach to the challenge and was able to help this young man discover the joys of learning and subsequently gain entrance to college. This was the beginning of our transformation from theatre company to school.

Phil’s success led to more young people being referred to us, each of whom, for their own reasons, had lost interest in education. Through the same creative and compassionate approach, Phil and his team found a way to reignite what had been lost in each of them. After all these years, our core value of individualised, creative learning remains the same.

In 2013, we gained our official school status with the Department of Education. We had been doing the work of the school long before this point, so to have it officially recognised was a huge moment for us. We had our first Ofsted inspection a year later, and they confirmed that we were a Good school, an accolade we have maintained ever since.

Every year we have broadened our offer, adding new subjects to the curriculum, enriching our pastoral and wellbeing support, developing our teacher training, and exploring new ways to integrate creativity into our work. Every year, hundreds of young people of all ages and backgrounds join our community and every single one of them receives a unique educational package, with therapeutic and creative input at every stage.

One afternoon in 1999, Phil and Neil opened a copy of “The Complete Works of William Shakespeare,” in the hope of finding the perfect word or phrase to name their new theatre company. Nothing in those hundreds of pages suited quite so well as the words on the front cover. Back then, “The Complete Works” referred to the range of plays and creative workshops that we ran. Today it means “the whole package” - education that has everything, tailored to suit anyone. 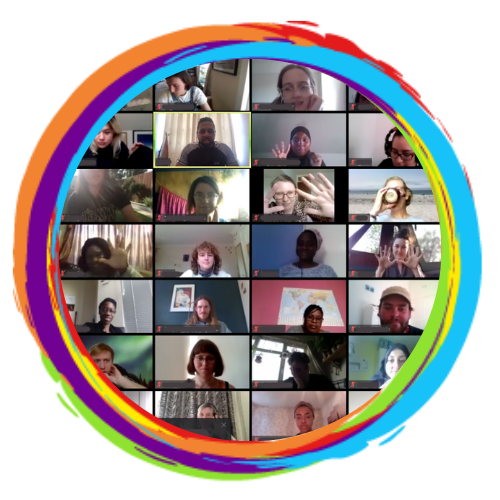